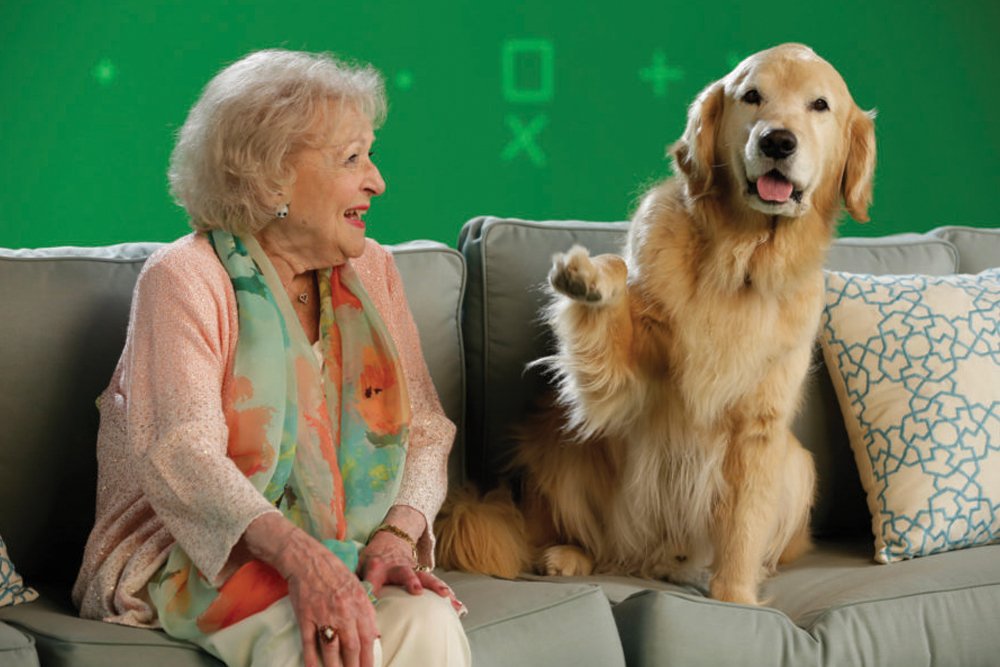 It took Betty White’s death to make many of us aware of the depth of her benevolence during her lifetime – particularly when it came to animals.

White was an animal lover, advocate and patron who cared for many dogs – allegedly at one time she had 26 dogs – during her 99 years. The Golden Girl had a special love for Golden Retrievers and had one named Pontiac until the final years of her life.

"[My parents] were genuine animal nuts, and I am eternally grateful that they have passed much of that passion on to me," she writes in her autobiography, "Betty and Friends,” according to The Today Show.

White even talked about dogs while in character as Golden Girl Rose Nylon, according to Screenrant.

“During one of her stories, Rose describes a forbidden romance between two people, Gretchen and Buddy. When Mr. Bigbotter found them in a “most indelicate situation” in the front yard, he turned the hose on them. Dorothy  (Bea Arthur) finally catches on to the story, realizing that Gretchen and Buddy probably weren't humans. Rose says, “They were dogs! Gretchen was a Dalmatian and Buddy was a Schnauzer. And Mr. Bigbotter wasn’t too happy when he ended up with a litter of Schnalmatians!”

Before her "Golden" years, White created a TV series called “The Pet Set” in the 1970s that showcased a celebrity’s pet in every episode. Guests included Mary Tyler Moore, Burt Reynolds and Carol Burnett, along with their four legged friends who White always introduced before their famous caregivers.

White supported many animal nonprofits through donations and volunteer work, including recording animal-related public service announcements. She served on the board of trustees at the Greater Los Angeles Zoo Association (GLAZA), served as volunteer at the Los Angeles Zoo & Botanical Gardens and was the Recipient of the Jane Goodall Institute Global Leadership Award for Lifetime Achievement in 2009.

In 2020, The Betty White Wildlife Fund gave $1 million to support the rescue, rehabilitation and release of animals after the Australian wildfires.

Monday, Jan. 17 would have been White’s 100th birthday, and although it’s heartbreaking she didn’t make it to triple digits, we can honor her legacy by supporting animal organizations.

My favorite quote from Betty is "Once someone has had the good fortune to share a true love affair with a Golden Retriever, one's life and one's outlook is never quite the same. — Betty White

3 Paws is not a 5013C so we're asking that you donate your contribution to one of our partners business. Big Guy, Littles World Sanctuary. You can donate as little as $5 or $100. Whatever you can give in honor of Betty White's love for dogs. Or they even have a store you can purchase items from if you choose to donate that way.

If you would like to submit an article for consideration, please go here.

Are you standing out from the pack?

Make your business bark with these FREE treats.

3 Paws Marketing ©2022 - All Rights Reserved. Created by My Creative Pixel